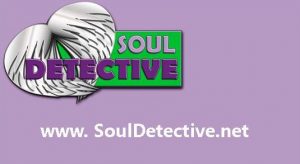 TO REGISTER: Call or text Harriette McDonough at 516-680-2463 or email info@threearms.com

PREREQUISITES: Soul Detective® Levels One and Level Two plus mastery of the Level Two diagnostic procedures.

Key Benefits of this Training:

Help Earthbound Spirits heal and cross into the Light
Are spirits real? The idea that the essence of a person could survive death of the physical body is not widely accepted in science, yet most religions teach about this realm of the spirit, the part of us that never dies. Sometimes a deceased person will attach to a place like a former home, but other times a person who dies and is not able to make the transition into the Light seems to attach to another living person. .

Heal Ancestral Wounds
A wound that happens to an ancestor can affect other family members not only through imprinting into the DNA of everyone down line, but also through wounding the family soul. Each person has a soul, and each family also has a soul. When an ancestor has unresolved trauma, it imprints onto others in the family. Often the most sensitive person in the family will carry the feelings of the troubled ancestor.

Learn Detrimental Energy Protocol
Detrimental energy runs the gamut from its most mild form of the constant stream of self-critical thoughts running through a person’s mind, to a medium level of a fixed negative life belief such as “the world is not safe,” to the most extreme form of a set of distortions and negative life beliefs which constellate into the presence of an interference pattern that seems to come in from the outside

Learn ET Implant Protocol
Sometimes things happen to people that we have no logical explanation for. Pulitzer Prize winning Harvard trained psychiatrist John Mack studied people who reported they had been abducted by aliens. He thought they were mentally ill, but upon careful examination found no pathology and also surprisingly found that the experience had heightened their sense of spirituality and environmental concern. His research is reported in his books Abduction: Human Encounters with Aliens and Passport to the Cosmos. When pressed to say whether or not he thought aliens were real, he diplomatically said, “I would say there is a compelling powerful phenomenon here that I can’t account for in any other way, that’s mysterious. Yet I can’t know what it is but it seems to me that it invites a deeper, further inquiry. (Alien thinking. BBC News. June 8, 2005).